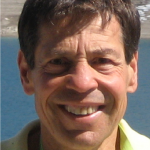 Nathan Karin graduated the Hebrew University of Jerusalem, followed by a Ph.D. thesis at the Weizmann Inst (T cell mediated autoimmunity) and a post-doctoral fellowship at the Stanford University. The laboratory currently focuses on exploring the interplay between subsets of effector and regulatory T cell in the context of cancer and autoimmunity. Our working hypothesis is the interventions towards enhancement of the activities of effector T cells would effectively treats cancer diseases (alone or in combined with immune checkpoint inhibitors), whereas restraining their activity may well treat autoimmune diseases.

The experimental models that are investigated in the lab are: A transgenic cancer model of melanoma (a skin cancer disease), and experimental autoimmune encephalomyelitis (EAE) serving as a model for Multiple Sclerosis (MS), an autoimmune disease of the central nervous system.

Key recent discoveries of the lab: